The thermal engines, particularly in the automotive sector, are temperature-controlled by a coolant circuit which carries the calories between the engine casing and the environment via a cooling radiator. The forward movement of the vehicle as well as the motor-fan unit circulate the outside air around the tubes and spacers that make up the radiator. The space under the hood imposes particular shapes on the inlet and outlet manifolds which supply the tubes of the radiator, which can be detrimental to the proper supply of each of the tubes. We propose here, by means of the numerical simulation in fluid mechanics and thermal (CFD Computational Fluid Dynamics) to analyze the supply of the tubes of the radiator. 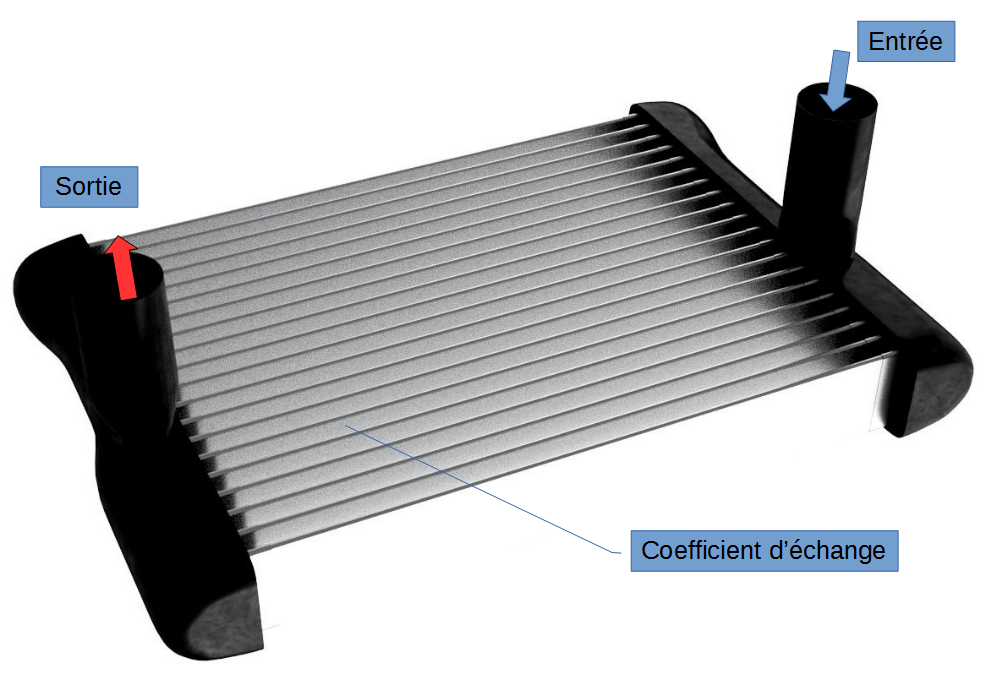 The temperature profile on the radiator walls shows an identical decrease in temperature on all the tubes between the inlet and outlet manifolds. This suggests, on the whole, a homogeneous supply of the tubes. An area is observed on the tubes where the temperature is lower in the axis of the inlet / outlet pipes. Indeed, the circulation in the tubes in question has velocity separations, and an accelerated flow opposite the inlet pipe. The heat exchange rate on the hot side in this zone is therefore less efficient and the heat exchange on the outside (cold side) side has an increased relative importance compared to the rest of the tubes. As a result, the temperature decreases.

The calculation provides the flow per tube, the results are illustrated below.

Below are the current lines in order to understand the mechanism of the flow to facilitate the understanding of the origin of the imbalance in the context of an optimization.

Continuation of the CFD study

Thermal performance of the radiator

The CFD Computational Fluid Dynamics allows if the question is asked to characterize and optimize the thermal performance of the device. The tubes of the radiator are fine (about 2 mm of cross section) and between the tubes, the air passes through “spacers” equipped with “openings”, very fine openings, which make it possible to increase the coefficient d exchanged to the lateral surface of the tubes.

It is not reasonably possible to mesh (see the steps of the CFD simulation) and then calculate a complete radiator with its tubes, spacers and gills. On the other hand, the study of the thermal performance of an interlayer can be carried out. These microscopic data can then lead to the definition of a macroscopic exchange law which would allow for example to resume the work carried out here and to include the mesh of the outside air and why not of the motor-fan group to go more on the determination of the performance of the device.

There is an operating temperature for which the motor has an optimal efficiency. The radiator keeps the temperature at this level. However at start-up, the engine is cold. The thermostat which controls the circulation of the coolant in the radiator remains closed until the temperature reaches the set point temperature (between 80 and 100°C) so that the motor shows rapid temperature.

The hot parts expand and this differential expansion creates thermomechanical stresses. This is called thermal shock. From a numerical point of view, it is possible to follow the rise in temperature of the apparatus over time and throughout this ascent to carry out calculations in structural mechanics (FEA Finite Element Analysis) to determine thermo-mechanical stresses. 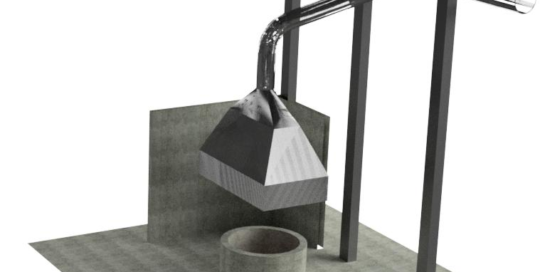 Adjusting the smoke extraction rate by a suction hood - Thermo-mechanical analysis The iron and steel industry is [...] 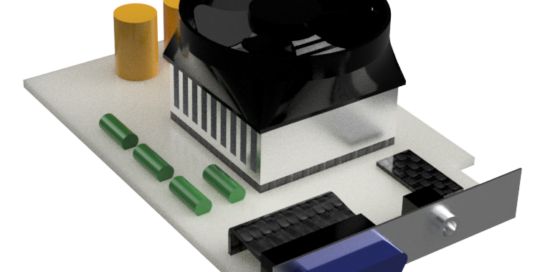 Electronique card - Thermal analysis This electronic card is composed in particular of a processor, dissipates a considerable [...] 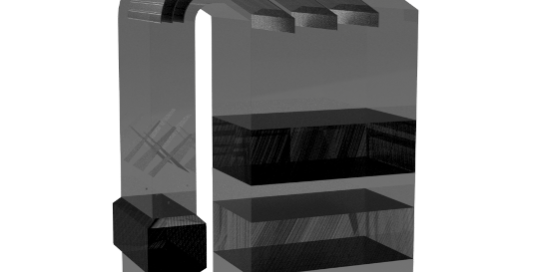 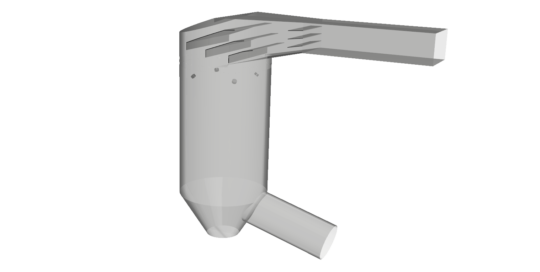 CFD study of droplets evaporation in a cooling tower Gallery 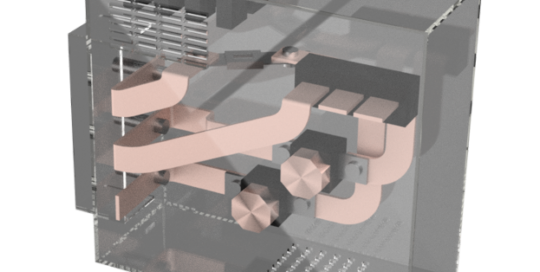 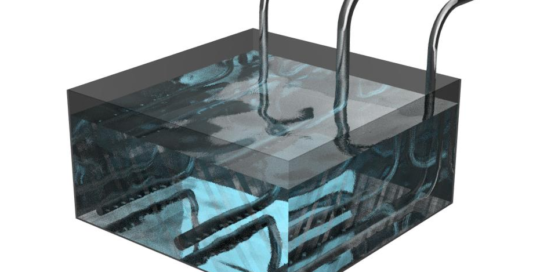 CFD analysis of the flow in an agitation bath with jets A vessel in which particulate-laden water circulates [...] 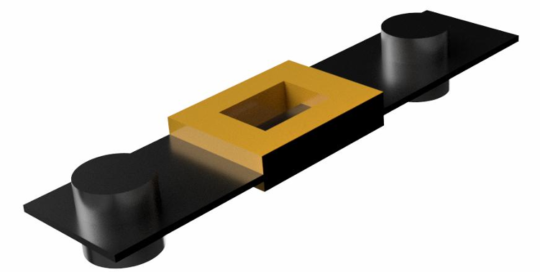 Thermomechanical analysis of a fuse Gallery

Thermomechanical analysis of a fuse - Joule effect Within an electrical device (example of the electrical heart), the fuse [...] 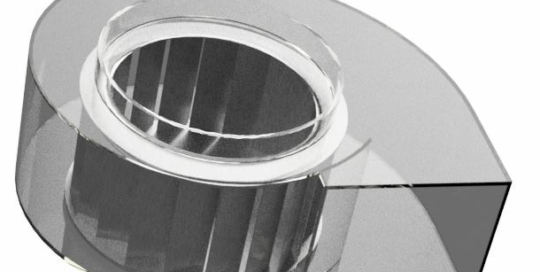 CFD analysis for the characterization of a fan Gallery

CFD analysis for the characterization of a fan The choice and dimensioning of a fan is based [...] 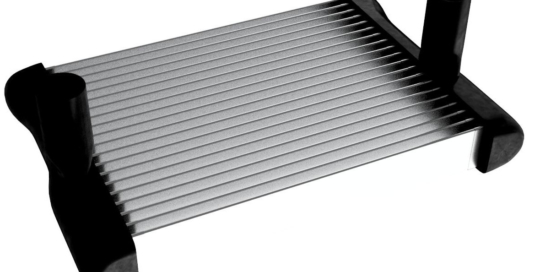 CFD analysis of an engine cooling radiator The thermal engines, particularly in the automotive sector, are temperature-controlled by [...] 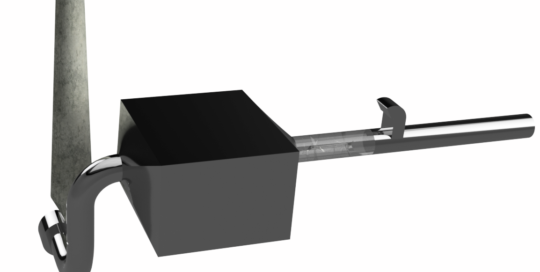 CFD analysis of a cooling of hot smokes by dilution of fresh air Some industrial processes use hot [...] 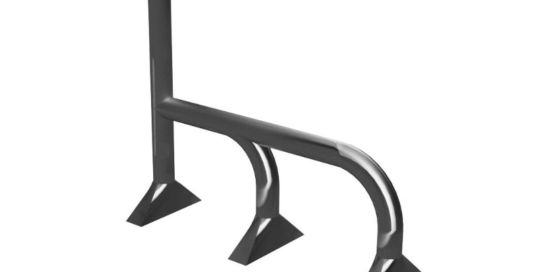 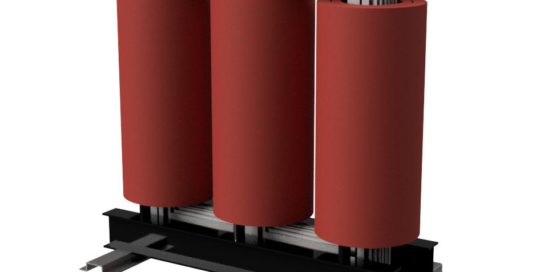 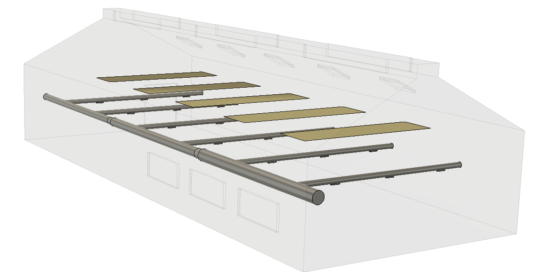 Ventilation, heating and smoke extraction of a hall Coming soon The ventilation and heating strategy of a [...] 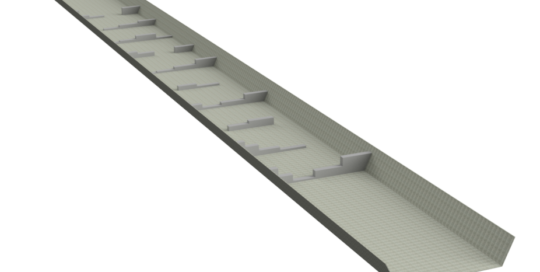 CFD analysis of flow of an artificial kayak river Gallery

CFD analysis of flow of an artificial kayak river Computational Fluid Dynamics (CFD) is an end-user application in [...]